How to provide affordable homes in metro Atlanta through creative use of $1.2 trillion infrastructure bill

June 9 – The Atlanta Regional Commission is to conduct a webinar Friday to evaluate ways metro Atlanta could access and use some of the $1.2 trillion in the Infrastructure Investment and Jobs Act, passed by Congress and signed into law Nov. 15, 2021 by President Biden.

The legislation has tremendous potential to address metro Atlanta’s housing crisis, if only local officials would be creative in their approach to using the local share of $550 billion. The new federal funding is intended to rebuild roads and bridges, water infrastructure, resilience, internet and other hard infrastructure.

Below I outline strategies for providing land acquisition funds from the law’s provisions for the purpose of addressing the affordable housing crisis.

Land costs are the single biggest obstacle for producing affordable workforce housing. Thus, the ability to write down these costs would bring home closer to work, serving both the affordability purpose and the transportation and environmental purposes. They aim to shorten commute distances and times, easing congestion and improving air quality. I have sketched out the proposed strategies in these categories:

Ideas: Use highway funding to:

Rationale: Among the most serious issues facing highway departments locally and nationally are congestion and air quality. Congestion, among other measures, is tagged to travel time, vehicle miles traveled and drivers’ cost. Current travel patterns are directly associated with housing location and housing cost. Present trends are exacerbating the jobs-housing imbalance, with housing costs driving workers farther out. Travel costs are soaring. Lower wage and service workers, more bound to work locations than office workers, are bearing the brunt of these circumstances.

The aim of these ideas is to bring workers closer to their jobs. If implemented, congestion would ease, travel costs and time would drop, and air quality would improve. The nexus between providing more affordable, closer-in housing and mitigating congestion seems obvious: consider the money. The hundreds of millions it takes to add a lane could be diverted to provide shelter and reduce travel costs for those most in need.

There is a slew of issues associated with these ideas (as with all other affordable housing ideas):

Ideas: Similar to use of highway funds, but further along with agencies’ implementation of transit oriented developments:

Rationale: Among the most serious issues facing transit agencies locally and nationally are building ridership and market acceptance, thus penetration. Ridership is both the purpose and the principal metric of success for transit agencies. Putting transit where it’s most needed, aside from meeting equity of access goals, provides the most likely success in boosting ridership. In short, prioritize transit service for transit-oriented people (I call them TOPs J).

Many transit-served corridors are presently a pretty shabby lot, pockmarked with parking lots and set back one-story boxes for one or another use. Building mixed-use, missing middle housing can transform corridors into boulevards that are pedestrian and bike friendly, consistently illuminated and tree-scaped. Bus stops become sheltered and serve as sit-able information centers. Crosswalks become safe, legible, and logical. The boulevard framed by front-facing mixed use three- to six-story building walls, in addition, serve to buffer the mostly single family neighborhoods that flank them. And so on.

Like with highways, the aim of these ideas is to bring workers closer to their jobs, raising ridership. The nexus between providing immediately accessible transit to mixed-income housing seems obvious: consider how to reprioritize the money to meet the affordability goals under changing circumstances. The current status of travel behavior is in flux, disrupting old modal split analysis norms. Bike-ped, scooter, Uber, Lyft, on-demand, bus, enhanced bus, rail, and travel technology innovations, all interact with human response and settlement patterns that are hard to predict.

There was a line toward the end of Atlanta’s transportation planning consultant’s report a few years back that encourages a framework for reprioritization: “Do not spend any more money on projects that won’t work.” In our case, reprogramming the hundreds of millions off dollars that are aimed toward streetcars that won’t happen could be a great resource to redirect toward land acquisition to undergird affordable housing and ridership-building projects.

Obstacles: Similar in nature to those for highway funding but at least dealing with an agency that includes real estate and mixed-use development as part of its portfolio

Ideas, with rationale: Since 40% of funding in the Bipartisan Infrastructure Bill aims to benefit the underserved, it seems that the environmentally directed funds could have a big impact on funding for rehabbing and/or retrofitting the “affordable” housing inventory we already have. A key city and regional goal is to work as much as possible to do just that – improving housing condition, and stabilizing neighborhoods under threat of rising displacement forces.

A recent and relevant example of how this might work and, get infrastructure funding from the U.S Department of Energy, is the proposal that students in Georgia Tech’s Colleges of Design and Engineering presented to the DOE’s Solar Decathlon competition. Going into great detail, their proposal showing how a typical English Avenue neighborhood house could be thoroughly retrofitted within in its own framework to become net positive in energy use. They have been working with the Westside Futures Fund with the aim of using their knowledge gained to try to launch this as a prototype for the thousands of other similar houses scattered throughout the city and region.

Their proposal not only won the Residential Retrofit Division but even won the National Residential Design Champion award, in short winning the whole competition. So, Atlanta has the attention of the Department of Energy as a starting place for seeking underwriting support. It checks two important boxes: energy efficiency and benefitting the underserved.

Obviously in the “ideas” category, yet using energy, health, and other environmental remediation funding to serve the underserved with environmentally positive and affordable housing would seem to be a no-brainer. I could imagine a block grant directed toward this purpose. Such a program would bring projects to local neighborhood levels, house by house. The jobs created could begin at low skill, and through building trades and other apprenticeship programs generate a skilled workforce where now an future demand is high.

We already have a number of community development corporations, community improvement districts, and other non-profits like Habitat for Humanity and others doing good work in this space. The big and perpetual challenges they face are the time, money, and uncertainty it takes to just stay alive, deflecting from their purpose from producing new and rehabbed affordable housing units.

Wrapping up, the logic of these strategies is clear. The actions necessary to carry them out, though, are unattainable. Or, can we? 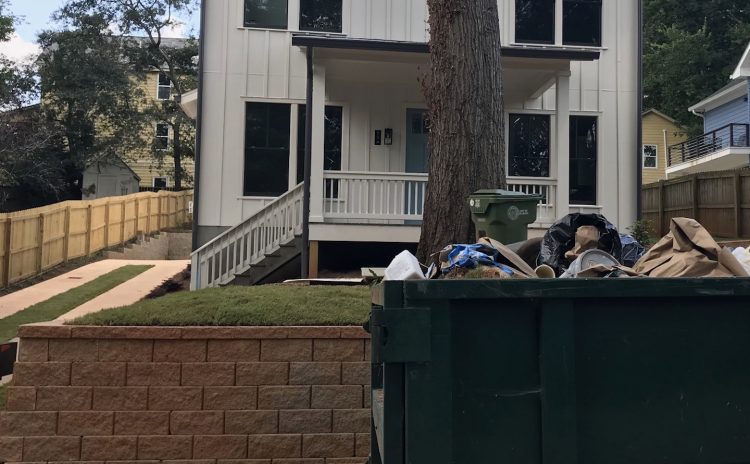