Aug. 8 – An elite Spanish regatta in the Mediterranean has concluded, and with it the third women’s division to participate and an intense sustainability program intended to reduce the event’s environmental impact.

The Copa del Rey/MAPFRE is a major event in the Mediterranean yachting and social circuit, hosted by the king of Spain and comparable to the Newport, R.I. summertime scene, which this year was marked by a tragic death during a regatta.

A death during this summer’s legendary Newport Bermuda Race reminds of the danger in blue water racing. Colin Golder, 74, a retired telecom engineer, fell off the 42-foot boat he was steering during a period of high winds on June 19, according to accounts including one by The Royal Gazette, of Bermuda. Golder’s body was recovered after hours of searching. US Sailing, at the behest of several entities, has named a committee to determine what happened and what safety lessons can be learned.

In the Copa del Rey/MAPFRE, the world was reintroduced to Natalia Via-Dufresne. She steered the Dorsia Coviran to a second place overall.

The boat was a contender for first place, but lost to Mariva Bover and the Balearia after turning in a fourth-place finish in the ninth and final race. Going into the final race, the Balearia led the Dorsia Coviran by a slender one-point margin and held on to take first place overall with a score of 19 points to the Dorsia Coviran’s 23 points. For a comparison, the third place finisher had 29 points and the last-place finisher had 76 points.

The regatta was a homecoming of sorts for Via-Dufresne. Not because she and the Dorsia Coviran finished third in the inaugural 2019 women’s division of the Copa del Rey regatta. Nor because she didn’t race in the 2021 edition. But because she was a medalist in the 1992 Barcelona Olympics.

Via-Dufresne was a global sensation in the 1992 Barcelona Olympic Games, when the Barcelona native took a silver medal in the women’s single-handed dinghy, the Europe. Via-Dufresne didn’t compete in the 1996 Atlanta Olympic Games, but did return in the Olympics in the two-person 470 dinghy in 2000 in Sydney, taking sixth place; taking a silver in Athens in 2004 and 10th in Beijing in 2008, as reported on her bio page on olympics.com.

In the realm of sustainability, the organizers outline a series of steps that were to be taken to reduce the environmental impact of the participants and spectators. The first key action cited on the sustainability page is titled, Creation of the First Marine Climate Change Station.

Here is the complete description: 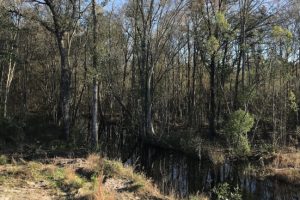