Aug. 6 – Swedish indie artist Sofia Talvik has added her voice to the pro-choice side of the post-Roe debate. America’s Deep South figures prominently in her new single, Too Many Churches.

“I am of the opinion that if you have a voice you should use it. I am using mine now,” Talvik wrote in a Sept. 1 email announcing the release.

Talvik’s note goes on to say:

“Although I myself am not a believer in a higher being, I respect all people’s religious beliefs, as long as they are not forcing them on to someone else. This song highlights what happens when you do. This is not about beliefs, it’s about using political power to suppress women’s rights.”

Talvik’s storytelling begins with a teenage girl becoming pregnant at age 16, maybe 15 and a half,

“When someone broke into her bedroom

And tore her world apart

Maybe it was a total stranger

Or someone that she knew

Anyway he wasn’t there to hold her

When that baby’s due”

The refrain questions the relationship between the view of a dominant person requiring the pregnancy be carried to term and the concept of universal love:

“And you can talk about salvation

And what the Bible has to say

But there’s too many churches and too little love

In this world today”

The video that accompanies Too Many Churches is a collection of sepia tone images of churches Talvik filmed on her tours through the Deep South.

Everyone who’s driven any distance through piney woods will recognize the sights her camera lens sees on a trip that stretches from the banks of the St. Johns River, at Palatka, Fl, across the flatlands of the Florida’s Panhandle and through the woodlands of south Alabama on the way to Tuscaloosa.

There may be 40 churches in the video. There’s a church in the woods. One next to a highway. One beneath power lines. One flanked by large crosses, evidently ready for the congregation to drape them in fabrics to commemorate Holy Week. The video is jerky, as if seen through the eyes of a dozing passenger who wakes just in time to see a church.

Later in the song, Talvik comes right to brink of saying the good churchgoing folks have forgotten their brothers. Instead, she simply observes that some folks are sleeping rough in these church-filled communities:

“And when I’m driving through the country

I see houses falling down

But there’s five churches in that town”

The song wraps up the message in a clear call:

“And if you talk about salvation

About a beating heart

But if you’re acting out of power

To tear us all apart

And you can talk about salvation

And what the Bible has to say

But there’s too many churches and too little love 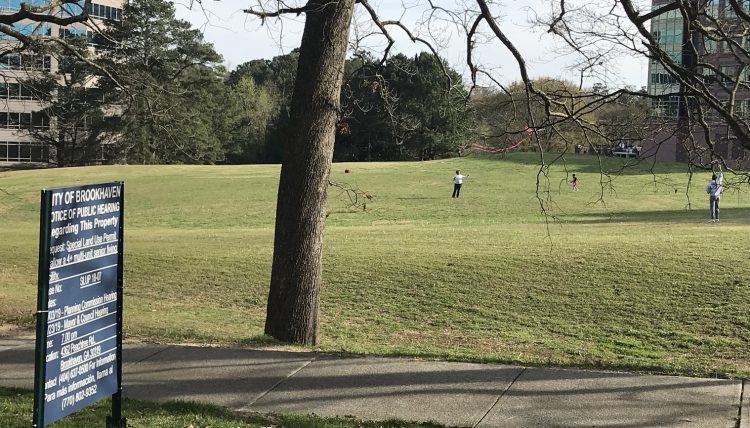