Oct. 16 – Safe, affordable housing is part of God’s plan for an orderly and civil society, according to the chair of a state House committee seeking solutions to Georgia’s housing shortage.

State Rep. Dale Washburn (R-Macon) placed the housing issue in an ecclesiastical framework in his opening and closing remarks during the first day and last of the four-day hearing, which concluded Oct. 13.

Washburn chairs the House Study Committee on Regulation, Affordability and Access to Housing. The House approved House Resolution 1149 by a 114-43 vote in April, establishing the committee and instructing it to report any findings before it stands abolished on Dec. 1.

The resolution states the House recognized reports of “an alarming and increasing shortage in both owner occupied and rental housing in Georgia,” which is “causing an unprecedented rise in the cost of purchasing or renting a home, thereby preventing access to most housing options in certain jurisdictions for hard-working citizens, including those who work in public safety or education….”

Washburn’s comments appear to represent his attempt to elevate the affordability issue beyond the conversations that occur in governance and civic arenas. The housing issue goes to the heart of efforts to foster communities that support the state’s social and governmental infrastructure, Washburn said.

At home in Macon, Washburn serves as a deacon and adult Bible study leader of the Ingleside Baptist Church, according to his House biography.

Washburn opened the Sept. 28 hearing with general remarks about housing. He said housing is important to the state for a number of reasons, “most of which are obvious,” including shelter from the elements, “so we all know the physical aspects of housing.”

Washburn continued, describing the role of housing in promoting stable communities and a providing a place to nurture families and children:

Washburn carried the religious notion through his closing remarks on the final day of the hearing, Oct. 13. Washburn said:

Washburn said a report will be created and distributed to members. Washburn did not appear to indicate how the public comments will be analyzed and any recommendations determined. 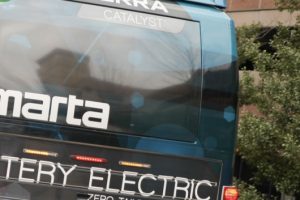