June 4 — The proposed mine near the Okefenokee Swamp was delayed Friday by a Biden administrator who took office with support from interests as diverse as the National Audubon Society and a Republican senator who backs the Dakota Access Pipelines.

In addition, following a meeting at the Pentagon Thursday with the administrator, the head of a non-profit organization at the swamp commended him for issuing the ruling. “You do have some courageous people working for the federal government doing the right things for our federal land,” Kim Bednarek, executive director of the Okefenokee Swamp Park, said Saturday morning.

Rena Ann Peck, executive director of the Georgia River Network, heralded the decision Saturday morning. “It’s like we’re back at square one, and that’s a great place to start,” Peck wrote in a text message.

Mike Conner issued the ruling in his capacity as a civilian serving as assistant secretary of the Army, in charge of civil works. The U.S. Senate confirmed Conner by a 92-5 vote Nov. 4, 2021 at which point the junior senator from North Dakota issued a statement explaining his support for Conner:

Conner’s experience includes service during the Obama administration as COO of the Department of Interior, and he was the first person of Native American descent to serve in that capacity. In the Biden administration, Conner is responsible for “programs for conservation and development of the nation’s water and wetland resources, flood control, navigation, and shore protection, all important aspects of the President’s climate resilience priorities,” according to his Army biography.

Conner’s ruling sends the permit application for the mine back to its sponsors with instructions to include the Muscogee Creek Nation in discussions over the permit application. The order also prescribes the same process be implemented for the proposed Rosemont Copper Mine, in Arizona, a proposed open pit mine to be located some 30 miles southeast of Tucson on lands within the Coronado National Forest. Concerns have been raised by the Tohono O’odham Nation, the Pascua Yaqui Tribe, and the Hopi Tribe, according to the ruling.

The order issued Friday on the mine near the swamp, as proposed by Twin Pines Minerals, LLC, relies not on the Waters of the United States law, which was altered during the Trump era in a way that eliminated its protections of the swamp and left the State of Georgia in sole control of the mine’s application until the interpretation was rescinded.

Instead, the new ruling rests on a memorandum from the Biden administration titled “Tribal Consultation and Strengthening Nation-to-Nation Relationships,” which prescribes “robust consultation with Tribal officials in the development of Federal policies that have Tribal implications.” 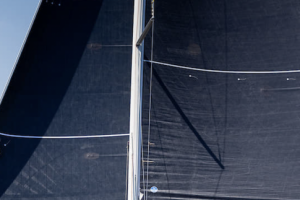