Sept. 10 – Jill Taylor loved the monarchy and Queen Elizabeth II. Jill must have loved me, too. Or she’d have brained me for speaking ill of the Queen’s sheep.

Jill and her husband, Doug Taylor, lived in the West Midlands of England. They were proud of their hometown and its melodic name – Burton-Upon-Trent, Barton-Under-Needwood. The rest of the world knows the area as home of the original Bass Brewery, founded by William Bass in 1777.

When I arrived at their home one January evening, Jill and Doug greeted me with outstretched arms and a table spread with foods. Jill sat me down, wanting to know all about the sights seen on the drive from Cornwall to their home.

Sheep were the highlight of my story. A group of sheep had stood in the road in the middle of the Forest of Dean and stopped all traffic. My car was all there was of traffic. Maybe that’s why one person I took to be sheepherder didn’t hurry the sheep off the road. One stopped vehicle is hardly a concern to a fellow charged with the care of all those sheep.

For me, being stopped in an English forest by a group of sheep, as shadows lengthened, brought nostalgic thoughts of young Wordsworth taking his nutting hook into the woods. Lengthening shadows put this romantic thought to rest, joined as it was with the realization that I didn’t know for certain how to get Burton-Upon-Trent and had been lost most of the trip after leaving Bristol.

I told Jill and Doug that I found it hilarious that sheep were allowed to block the highway. It was an experience I’d never had before, and I grew up in the Pennsylvania countryside where we slowed our cars behind Amish folks traveling in their horse-drawn buggy. We stopped our cars when Amish farmers would block a road to move livestock from one field to another. But never before had I seen a group of sheep standing in a road, looking for all the world like a single living organism, with some who walked from one side of the road to the other, others who stood in the middle of the road, all the while looking at one another and maybe looking at nothing in particular.

Jill looked the picture of composure, just as has Queen Elizabeth in the videos about her strength under pressure that have been shared following her death on Sept. 8. For Jill, a seismic shift had occurred in my telling of the sheep.

Only after considerable prompting did Jill share her thoughts.

Jill said her own journeys had been delayed by wandering Queen’s sheep blocking roads. The phenomenon happened, if not regularly, then often enough to come as no surprise. Never, Jill said, had she ever questioned her duty to accept the presence of the sheep and wait her turn to pass.

We didn’t talk again of those sheep. Jill graciously allowed our difference to exist without need for further elaboration. She treated me with amazing kindness for the several weeks I stayed in Burton-Upon-Trent with her daughter, Vickie, and Vickie’s boyfriend. We three had met on a beach in Tenerife, Canary Islands, and they’d invited me to visit. More than once Jill asked me to bring my laundry so she could wash. The cotton Tee shirts always came back ironed and when I said it was too much, Vickie said it’s just how her mother does.

Jill and Doug and Vickie visited me in Atlanta for a few weeks at a Christmas. We all packed into my one bedroom, one bath apartment and had a ball. Doug marveled at the “fairy lights” that seemed to brighten the entire city. Jill adopted my Mom, who also was visiting and staying nearby with her sister and brother-in-law. Jill held Mom firmly by her arm when they walked, with Jill saying the touch filled a space left by the death of her own Mom.

Jill called, years ago, to say that Doug had died. Now, the Queen. Long live the King. 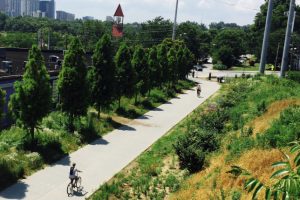